A few months ago, someone recommended reading Bob Lefsetz’s blog for some honest commentary on the music industry. I took the advice and subscribed.

What a loud mouth. I can only imagine how annoying it would be to actually listen to him speak (speak? rant? spew? yabber?).

First of all, some technical pet peeves.

Technical pet peeves aside, no matter what the topic, he only knows how to rant and insult. That works quite well for him when he’s talking about things that ought to be rant inspiring or people who, quite frankly, deserve to be insulted. But it doesn’t work for everything.

Yesterday, he posted his analysis of the sales week ending January 18th. It was his ignorant comments about Radiohead that prompted me to respond and, in all likelihood, unsubscribe from his feed. (The comments certainly weren’t the only stupid or useless block of text to come from the blog, but the signal to noise ratio is getting unbearable.)

I’m coming to hate Radiohead. Not for their music, but for their business policies.

So they do the tip jar thing, and then they say it wasn’t a real release, it was just a way to deal with leaks, that it was just an ad for the CD.

Don’t ask me about the idiots buying this online (and they are idiots, the same ones you’re marketing to a year into a project, casual fans/inactive music buyers who are just getting the word when true fans are burned out and yearning for new material), at this point we can say the CD is a dud. Last time around they sold 300,000 the first week out. This drop far exceeds that in the marketplace in general. Couldn’t happen to a nicer group of self-satisfied, smirking fucks. (E-mail me…I DARE YOU! Like I CARE!)

It wasn’t a “tip jar” thing; it was leveraging the abundance of digital audio as a promotion tool. They weren’t looking for charity, they were running a promotional campaign for their music. It happened to work quite well. Despite all the “idiots” who bought it online (myself included), they’re still second on the charts in record sales. They made money while advertising and promoting their music and are selling hundreds of thousands of records.

Plus, judging the experiment based strictly on the numbers is ignoring the value of the publicity they’ve received from the promotion, the value of the music being widely distributed and the value of all the media attention they’ve been receiving.

How the hell can you call it a dud? Lefsetz, you’re a moron. 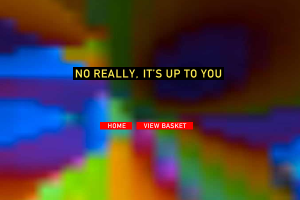 In writing my recent post about MySpace friend requests from bands, I realized why I don’t have patience for artists who want […]