The Vatican is considering preparing a document on new media and how the Church’s communications strategy is affected (via @popebenedictxvi). In a seminar sponsored by the Pontifical Council for Social Communications, bishops from 82 countries me to discuss “modern media and the new culture of communications that has arisen in recent years.”

The Church has been keen on embracing new communications technologies, grounded especially in “the Second Vatican Council’s 1963 decree “Inter Mirifica” on the instruments of social communications and on the pontifical council’s 1991 pastoral instruction, “Aetatis Novae” (“At the Dawn of a New Era”).” Just a few months ago, the Vatican launched a YouTube channel and last July in Sydney, the Pope was sending updates to pilgrims at World Youth Day via SMS. Last September, he sent a message to Catholics through the Xt3 social networking website launched at World Youth Day. Past documents from the Vatican, such as “Ethics in Internet,” have not only provided guidelines and encouragement, but have illuminated surprising sympathies with free software. Sister Judith Zoebelein, who runs the Vatican website, has given talks at tech conferences in the past.

That said, the Vatican’s website design could use a “refresh”, and — more importantly — it still hasn’t figured out many meaningful ways to enable the kind of two-way communication that the Internet enables.

But it appears that many bishops understand this.

“The church today cannot only give information — which is certainly useful, but we cannot limit ourselves to that,” Archbishop Celli said.

“I think the church needs to enter into a dialogue that is increasingly rich and proactive, a dialogue of life with people who are seeking, who are distant and who would like to find a message that is closer and more suitable to their path,” he said.

For that reason, he said, his council has been pushing bishops around the world not only to have their own Web sites, but also to make sure these sites are interactive.

Unfortunately, the Vatican doesn’t think it can do this itself.

Unfortunately, Archbishop Celli added, it’s been impractical for the Vatican to make its own Web presence interactive because it would be flooded by questions and comments from all over the world. It’s something more easily done on the local level, he said.

I agree that this should be encouraged on a local level, and there are some great examples of Catholics converging on various social networking sites (e.g. TweetCatholic) and creating their own (e.g. Xt3 and flockNote) as well, but I think there’s a different kind of interaction the Vatican could enable. I don’t doubt that the the YouTube channel would be overrun if they enabled comments, but there are still lots of other ways to experiment. For example, in October, someone suggested to Pope Benedict that he start a blog. Again, comments might be pretty unsustainable, but even if communication with the Vatican is tough using social media, there must be ways to experiment with enabling communication among Catholics on a global level. Though I can appreciate the challenges of scale, language, staff, etc…

Encouraging is great, but I hope they don’t shy away from experimenting more themselves.

Archbishop George H. Niederauer of San Francisco, chairman of the U.S. bishops’ communications committee, did indicate that it’s important for the Vatican to have a presence where young people are (YouTube, Facebook, Twitter, etc), and with their help.

Archbishop Niederauer said the change in new media was in some ways like the change from the horse to the car a century ago.

“Because 100 years ago, if an old man bought a car, who could fix it? His grandson or his son, because they learned the machinery. They headed straight for it; they didn’t look back,” he said.

In a similar way today, he said, young people have seized on the communications opportunities of new media, and the church should welcome their talents and expertise.

I’m more than happy to help. 🙂

This post originally appeared on Techdirt. Using social networking tools to organize political protests is nothing new or surprising, but online protests […]

Thursday night, I had a chance to speak at the government’s Copyright Consultation Toronto Townhall. I’ll post more detailed thoughts shortly, but […]

This post originally appeared on Techdirt. A student at the University of Calgary was put on academic probation for making the following […] 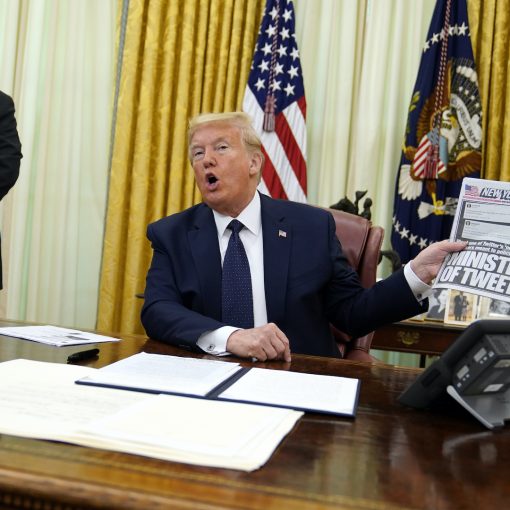