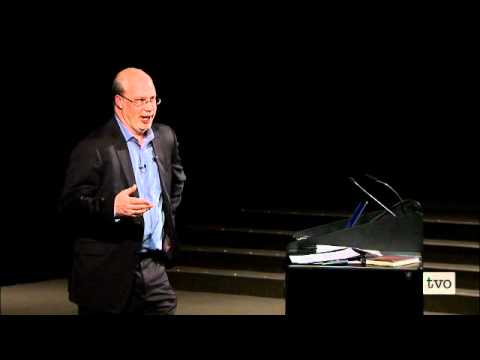 One of the sources that has forever shaped my view on songwriting — on lyric writing in particular — is the introduction to the lyric poem in this lecture from University of Toronto English professor, Nick Mount, on Sylvia Plath’s Ariel, published by TVO:

While studying English at the University of Toronto, I unfortunately never took a course with Nick Mount. Mount opens the lecture with a description of the lyric poem that resonates with me and is forever etched in my memory:

When you’re reading a novel, your attention is on the progression of time, the forward movement of the plot through its complication and its resolution. A lyric poem… is less about the progression of time than it is about the attempt to stop time. The lyric tries the impossible. It tries to temporarily stop time, to slow us down in order to allow for a moment of perception — sometimes a moment of confusion, of understanding, sometimes emotional, sometimes intellectual, often a bit of both. For me, that is the main virtue of poetry — and in particular of the lyric poem — its ability to get me to stop and pay attention to life, to everything that I’m rushing by because of time, because of the inevitable tick of the clock. And that is what a lyric poem excels at – capturing the things, the experiences, that we don’t see because they’re there in front of us all the time.

Frye says that the lyric poem gets written because some normal activity has been blocked, the normal progression of time, and the poet has to write about that block before returning to the world of time.

This is my experience as a songwriter explained by the University of Toronto Department of English. Furthermore, while I have yet to fully wrap my mind around this yet, I think a pair of U of T theology professors have something profound to say about this too.

Fr. Bernard Lonergan from Regis College wrote in Insight about four fundamental forms of bias that can impact our consciousness, the first of which is dramatic bias, which operates at the level of elementary feelings and passions. From Insight (emphasis added):

Just as insight can be desired, so too it can be unwanted. Besides the love of light, there can also be a love of darkness. If prepossessions and prejudices notoriously vitiate theoretical investigations, much more easily can elementary passions bias understanding in practical and personal matters. Nor has such a bias merely some single or isolated effect. To exclude an insight is also to exclude the further questions that would arise from it, and the complementary insights that would carry it towards a rounded and balanced viewpoint. To lack that fuller view results in behaviour that generates misunderstanding both in ourselves and in others. To suffer such incomprehension favours a withdrawal from the outer drama of human living into the inner drama of fantasy. This introversion, which overcomes the extroversion native to the biological pattern of experience, generates a differentiation of the persona that appears before others and the more intimate ego that in the daydream is at once the main actor and the sole spectator. Finally, the incomprehension, isolation, and duality rob the development of one’s common sense of some part, greater or less, of the corrections and assurances that result from learning accurately the tested insights of others and from submitting one’s own insights to the criticism based on others’ experience and development.

Biases are the kinds of things that emerge and prevent authentic insight, and dramatic bias in particular has to do with that level of passion and feeling in one’s own psyche. These are barriers, but the sort of thing that when not ignored but worked out, can lead to insight. Furthermore, dramatic bias is dialectical, as there’s some tension between two competing things that needs to be worked out is dialogue.

As one of my Regis College professors, John Dadosky, once put it in a lecture: “Once a bias is removed, then you can get on with the business of authentic living with that area of life in which you were stuck.” This comment is what sparked the connection for me and reminded me of Nick Mount’s comments on the lyric poem, calling to mind Northrop Frye’s notion that the normal progression of time has been blocked and you are stuck and cannot return to the normal world of time until — or unless — you work out the block with the lyric poem. What is a lyric poem but that dialectical attempt to resolve the bias, to resolve to block – to get unstuck?

Lonergan, in his transcendental precepts, describes the method through which any individual transcends himself or herself to live in reality:

For the listener or reader, lyrics that are truly attentive to experience cause us to “stop and pay attention to life,” to “slow us down in order to allow for a moment of perception” — a mix of confusion and understanding, of emotion and intellect — in order to draw our attention to the dramatic biases in our own lives, the “experiences that we don’t see because they’re there in front of us all the time,” so that the listener themselves can, through engaging with the lyric, work out a similar block or dramatic bias in their own life and return to the normal progression of time (whether or not the lyricist is similarly successful).

I feel like I have a lot more work to do to wrap my mind properly around what Lonergan is saying and how this relates to lyric poetry, but… is that not what a lyric poem does? Is that not the experience and the role of a songwriter? Is that not what lyrics are for you?

That’s what lyrics are for me.

Canvases is a song about the normal progression of time being blocked and the need to “paint all of these unknown voices” before returning to the world of time — written four years before I heard Nick Mount’s lecture, while I was attentive to my own experience but before I understood it in the way I do now.

Thank you, Nick Mount, Northrop Frye, John Dadosky and Bernard Lonergan, for furthering my understanding of my own lyric poetry and experience as a music lover.

Unless you’re one of those crazies who believes in creationism, guns, families, bibles and babies, you’re going to love this piece (via […]

Yesterday, I graduated from the University of Toronto, officially completing my Bachelors in Science. I took a computer science major, and English […]

Last night, Victor Swift asked me to play a set at the first Hart House Open Stage event of the year at […]