Last month, George Farris began a thread on the Ubuntu-devel-discuss mailing list questioning the license choice of Ubuntu training material. The training manuals are released under a Creative Commons BY-NC-SA license, which is non-free because it doesn’t allow commercial use. George asks, “why on earth would you not allow educational institutions to use this material in classes?” Billy Cina from Canonical responded:

The purpose of the license is to prevent the material being used for profit-seeking purposes. If you (or anyone else) is from a not-for-profit institution or running community classes etc., then this material is 100% intended for that. Charging students minimal fees to cover expenses is also ok.

The problem is that isn’t true. Neal McBurnett highlights the huge legal gray area surrounding the non-commercial clause. When George brings up a practical example of using the manual to offer a course on Ubuntu and charging a student fee ($50-$199.00), Billy confirms the problem: “Non-profit are key words. $50 – $199.00 sounds like profit seeking to me.”

Scott Kitterman retorted that “if this were packaged for inclusion in Ubuntu it would have to go into Multiverse because it does not carry a free license.” I added that there are other free licenses available which are better suited for documentation and inline with the Ubuntu philosophy and the philosophies of free software and open source software communities: CC BY, CC BY-SA, GNU Free Documentation License.

Ubuntu is a free distribution and will always continue to be free. However, this does not mean that every service provided to support Ubuntu or its further expansion must also be free. Both the Ubuntu community and Canonical have invested a lot of time and money in developing this course, it is therefore reasonable for: a. the community to be able to use the material (freely) to further spread the work of Ubuntu and grow the user base, and b. for Canonical to determine who should be seeking a profit out of its investment.

The problem is… well, the whole statement.

Billy muddles the two meanings of the word free. No one expects that every service provided to support Ubuntu will be provided at no cost, but one does expect Canonical to have a more consistent respect for the freedom central to the open source software it provides. Using a non-free license by choice seems inconsistent with Canonical’s stated mission of “facilitating the continued growth and development of the free software community” since it’s inconsistent with the community’s beliefs and restricts its development.

More importantly, the community isn’t able to use to the work freely. Community members are in a legal gray area, at best, if they want to be compensated for any time and money they spend on training if they make use of these materials because of the non-commercial clause. Nevermind the implications for business users in the community.

Yes, Canonical has the legal right to make this decision. But Canonical (and the community) would benefit from some consistency in their commitment to free software and free culture. If everyone in the free software world believed it was reasonable “to determine who should be seeking a profit out of [their] investment[s],” Canonical wouldn’t have a distribution.

The exact same argument applies equally well to the Ubuntu distribution. I don’t see how it’s somehow better for documentation that the community contributed to than for the distribution.

Personally, I don’t expect there’s much more point in discussing this as this seems to me to be typical of Canonical’s schizophrenia about FOSS.

The non-commercial clause is counter-productive. It severely limits the use of the materials, when such use would only further the adoption of Ubuntu and by extension a demand for Canonical’s services.

If I were a small business considering Canonical’s distribution, I’d be concerned that Canonical thinks it ought to control profit-seeking within its community.

My mom (who runs Ubuntu 7.10) was having trouble with old PowerPoint presentations in OpenOffice.org Impress. Her machine would grind to a […]

I’ve written about the SAC‘s proposal to legalize music file sharing several times in the past, giving it mixed reviews. It’s not […] 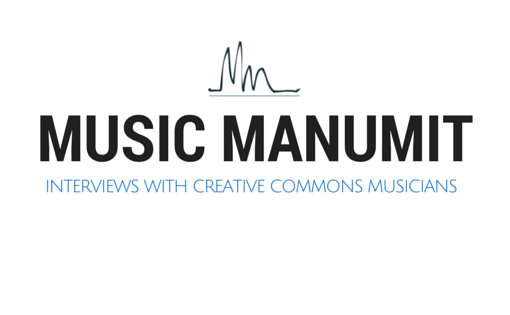 Today, I was sent a link to an emotional rant by Harlan Ellison about paying writers royalties. I admit that I’d never […]

One thought on “Canonical’s schizophrenia about FOSS”