Two of Canada’s big three telcos have recently appointed former cabinet ministers of the ruling party’s government to their respective boards. A few weeks ago, Bell appointed Jim Prentice, who was responsible for telecom policy and regulating companies like Bell while serving as Minister of Industry in 2007-2008. Then, while former cabinet minister Stockwell Day’s new “government relations” not-a-lobbying-firm has raised concerns about loopholes in lobbying laws, this past weekend Telus named Day to its board. (How long until Rogers aligns with industry standards and finds an ex-minister of their own?) OpenMedia.ca decried both appointments as examples of big telecom “cozying up to the government,” but journalist Peter Nowak argues it’s the system’s fault: “Lobbying is so pervasive and deeply integrated” into the system that the only way to deal with it seems to be to “fight fire with fire,” as even new wireless carriers have quickly learned — i.e. don’t hate the players, hate the game.

Neither Prentice nor Day will be lobbyists, but it seems obvious that their knowledge of government is being sought for the purposes of lobbying. In the broadband space, Bell has been butting heads with the government and regulators over issues like wholesale usage-based billing. In the wireless space, the next spectrum auction is approaching and incumbents want to avoid a repeat of the last auction, where 40% of the spectrum was reserved for new entrants and the government forced incumbents to offer roaming agreements — rules ironically set by Bell’s new board member, Jim Prentice.

Are these appointments examples of regulatory capture? It might appear that way. It’s certainly a case of telcos gearing up for a heavy round of lobbying that’s unlikely to favor consumers, but it’s hardly a case of blatant revolving doors. Day was not actually responsible for telecom policy, and Prentice was behind rules that angered incumbents. If the government favors incumbents in the next spectrum auction or backs down on wholesale usage-based billing, that would be a different story, but Canadian incumbents are scrambling because they’ve lost some big battles. This isn’t so much a cause for deep concern as it is a challenge to those who favor more competition in Canada to keep pressing the government to follow through on what it’s started.

Comments are on Techdirt.

Wait, so, Catholic schools are the devil but black schools make sense?

This is getting just a little bit ridiculous. Rogers’ rates are already insanely high since they have a GSM monopoly in Canada. […] 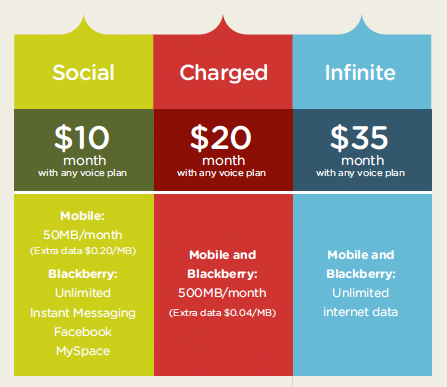 WIND Mobile’s pricing plans brought a breath of fresh air to the Canadian wireless landscape last December, but customers have been asking […]

This post originally appeared on Techdirt. We were just talking about how SOCAN, the Canadian copyright collection society, was going after gymnastics […]